New York, NY, October 18, 2017—Tibor de Nagy Gallery presents Synaptic Reverb, a solo exhibition of work by contemporary artist Jim Butler, showcasing a cycle of six new paintings completed over the past two years. Butler’s work centers on the question of what it means to be human in an age when boundaries between nature and technology collapse: a world of smoke and mirrors in which desire to solidly exist confronts a continually morphing biosphere.

Titles of works, such as The Skeptic’s Glance, and Stylish Woman, offer clues to the nature of particular personages, strangely familiar albeit fantastical. In a provocative formal strategy, the paintings’ highly calibrated realism allows us to experience slippage between visually specific surfaces and elusive atmospheres. The effect pushes us to wonder who and what these shape-shifting creatures are.

Explains Butler, “I sculpt figures, exploiting the material’s hypnotic optics to create visual perceptions simultaneously fluid and concrete. The result is a kind of spirit world populated with vivid personages immersed in shape-shifting spaces. I seek a kind of tenuous gravity. As imaginary portraits, the works speak to the collective anxiety of what it is to be human.”

Painter and sculptor Jim Butler (American, b. 1956) is a graduate of RISD and Indiana University. He also attended Skowhegan and Yale-Norfolk. A Professor of Art at Middlebury College since the eighties, Butler lives and works between Vermont and Brooklyn. His paintings and sculptures have been exhibited internationally for over 30 years. This includes solo exhibitions at Buchmann Gallery, Berlin; and Lars Bohman Gallery, Stockholm. Recent projects include a 2016 solo exhibition of painting, glass, and installation at GRIDSPACE in Brooklyn, as well as a major iteration of his ongoing project “The City Of Your Dreams,” recognized by The Corning Museum of Glass’s “New Glass Review” in 2011. He has recently been selected as a 2018 Corning Museum Of Glass Resident Artist.

In addition to his studio practice, Butler works as a curator, initiating the Flatfile Collections at the Middlebury College Museum of Art. He most recently curated a 2016 three-person show titled “False Deities” at GRIDSPACE.

Tibor de Nagy continues its significant role in contemporary American Art since its founding in 1950. In June 2017, the gallery moved to the Lower East Side, joining Betty Cuningham Gallery in a shared space at 15 and 11 Rivington Streets. 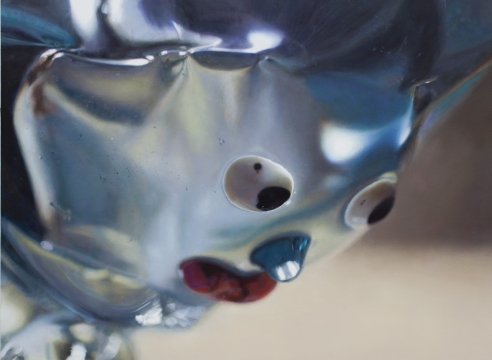 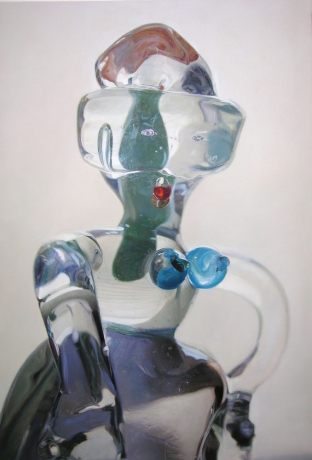 In this fast-paced reality, one which is rapidly blurring the lines that used to separate human biology and the 'human self' from technological advances, this artist’s creatures stand out not as an aberration but as a possible dystopic future. 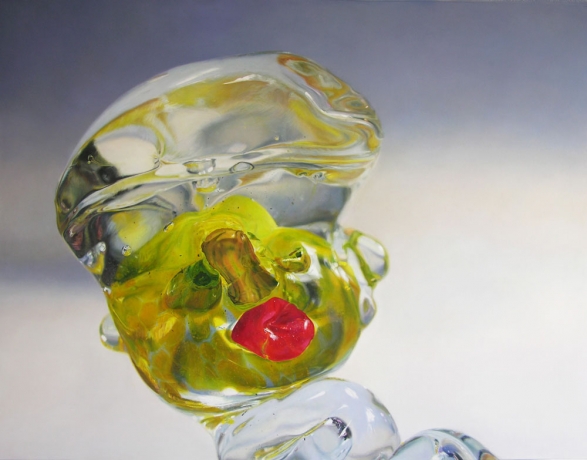 “Mercurial and fixed,” “familiar albeit fantastical.” Paradoxical terms such as these came up repeatedly in conversations with painter Jim Butler as he discussed his new "Synaptic Reverb" series on view at New York's Tibor de Nagy Gallery through December 22, 2017. 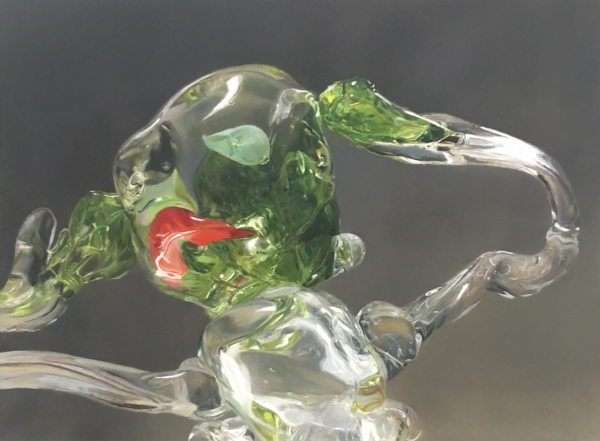