The Tibor de Nagy Gallery is pleased to present an exhibition of paintings and works on paper by the iconoclastic French artist Francis Picabia. This marks the gallery's first exhibition of the artist's work. The show concentrates on Picabia's later work from the mid 1930s to the early 1950s.

Never adhering to one particular stylistic movement for long, he instead forged his own path that would eventually wind its way through Impressionism, Cubism, Dadaism, Surrealism and Abstraction. The exhibition presents paintings of landscapes, nudes painted from popular images, and late abstractions.

Picabia's fascination with popular culture and the dichotomy between low versus high art has made him an increasingly relevant artist for much of what is being produced today. Among those influenced by his idiosyncratic manner are Sigmar Polke, David Salle, Julian Schnabel and John Currin.

The gallery has long championed artists that defy easy labels and are therefore often misunderstood or overlooked. Picabia certainly fits into this category with his wide range of styles and subject matter, and the fact that his work has always been difficult to define. In recent years however, interest has grown in the artist's work, which has enjoyed a renewed consideration by museums and scholars.

Picabia was born in 1879 in Paris to an aristocratic family. Their independent wealth and his subsequent inheritances allowed him to pursue his artistic endeavors and liberated him from subscribing to any particular style of art. As a teenager he attended the École Nationale Supérieure des Arts Décoratifs and 104 Boulevard de Clichy in Paris, the latter of which boasted such distinguished graduates as Van Gogh and Toulouse-Lautrec. Picabia spent the rest of his life as a working artist. 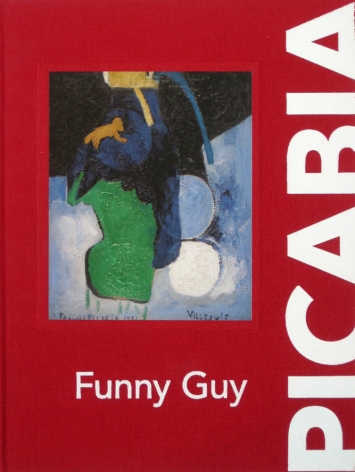